The struggle in the camps continues

On 19th of November, refugees in Harmanli have gone on a hunger strike in the „closed type“ camp of Harmanli, among them more than 100 people, including children. Refugees tried to prevent a truck to enter the camp. Several refugees in Busmantsi and Lyubimets are striking with them. They are protesting against the miserable conditions, the lack of information and strained relation with security guards and dilapidated equipment. The camp was built for 450 people, but as of now more than 1200 inhabit it – according to the State Agency for Refugees (SAR) 1296 people are living there, but many more are still waiting to be registered. Many of the refugees are living in tents now. The filthy three toilets and eight showers are definitely not enough. The people there say that you can only get out of the camp if you have some money, the refugees suffering from the cold. 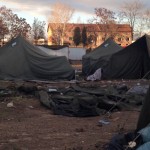 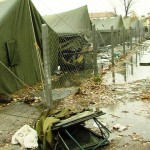 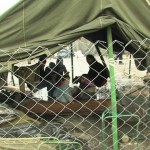 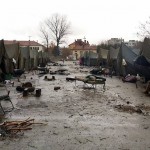 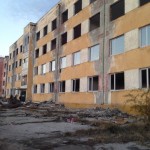 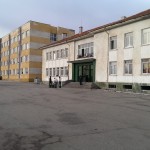 A young man died in the Military Ramp (Voenna Rampa) refugee camp in Sofia on 21st of November 2013. The cause of death is perhaps a heart attack, but an ambulance was called only one hour after his death. After the ambulance registered the case, the refugees blocked the road around the camp in a protest against the bad conditions they have to endure. The director of the State Agency for refugees (SAR) and 500 riot-cops arrived on spot to „pacify the riot.“ In the following clashes a policeman was hurt and so was an unknown number of refugees. 840 people are living in that camp at the moment and they are freezing because of the falling temperatures. 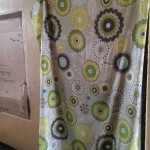 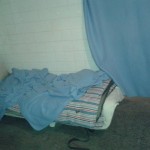 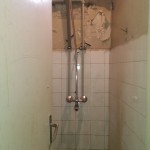 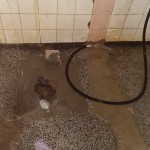 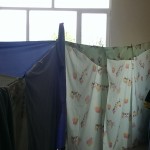 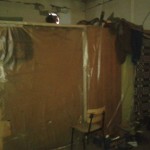 Another protest occurred one day later in the camp of Vrazhdebna, where UN refugee chief Antonio Guterres was blocked by over 100 refugees when he wanted to leave the courtyard. After 7 days, the Ministery of Interior admitted an unrest at the detention center in Lyubimetz. Several people had started a protest against the discrimination by the police in the camp. After a fight, one refugee had a skull fracture, others had arm fractures. Refugees in the detention center started a hunger strike in solidarity with the protesting people. On 13th of December, 50 refugees started another protest in Sofia/Ovcha Kupel.

On November 27th, fire broke out at a hostel for refugees. Darik radio reported that people from Afghanistan lived in one of the affected buildings. According to Deputy Interior Minister, Vasil Marinov, 300 Afghani and over hundreds of people from Iraq are awaiting deportation from Bulgaria. On 28th of November 2013, 46 people were already deported to Iraq. On 1st of December 2013, three refugees were beaten in Sofia by 25 people armed with knifes, chains and other metal objects in Sofia. The victims were brought to the hospital, one of them is in a critical condition.

Meanwhile the Citizens for European Development of Bulgaria (CEDB) called for Nikolay Chirpanliev, Chairpeson of the State Agency for Refugees to resign. According to the Bulgarian authorities, the number of „illegal“ immigrants has risen to 11,155 since the beginning of the year 2013. On 19th of December, Nils Muižnieks, Commissioner for Human Rights stated: „I have been to Bulgaria, situation of Syrian refugees is very bad, asylum system not functional, EU states must not return refugees there“. On the 2nd January 2014, the UNHCR published a position paper with observations on the current asylum system in Bulgaria and called the EU States for the temporary halt to Dublin transfers of asylum-seekers back to Bulgaria.

* The statement in the video done by Dinko Ivanov, who claims that refugees can claim for asylum in Kapitan Andreevo legally, is basically not true.