Is Bulgaria violating the Non-Refoulement Principle?

In 2012, the Bulgarian lawyer Valeria Ilareva stated that Bulgaria is sending asylum seekers to Greece without registering them as subjects that have sought protection. On the 11th of November, 2013, Bulgaria „closed the border“ to Turkey by sending 1166 policemen at the border. In a statement, the authorities explained that in 24 hours 97 “illegal immigrants” have been prevented to enter the territory of the country and have been sent back to the Turkish border police. The group was stopped in the Strandzha mountains, the prevention of crossing over happens at the so-called „green border“. This could be considered a violation of the Non-Refoulement principle, yet no sanctions have followed. In the coming days 300 more police officers will be deployed at the border with all-terrain-vehicles and trained dogs. The UNHCR warned Bulgaria about this treating of the, mostly, Syrian refugees and is searching more information about these incidents. Meanwhile the construction of the border fence, that will be 33 km long, goes further.

According to the Minister of interior, the country’s annual capacity of 5000 refugees is exceeded by 4500. The Prime Minister Oresharski said, that illegal immigrants, who are not been granted ‚refugee‘ or ‚humanitarian‘ status, will be extradited from the country. As of currently, the Bulgarian authorities are conducting “security check ups” around the area, where the only mosque in Sofia is situated and a region known for its high concentration of migrants. Private apartments and hostels are constantly being checked for unregisterred migrants. There is a suggestion that all who seek asylum will be made to pay “financial guarantees“. Moreover, Bulgaria is considering to build and turn the “open camps” in the country into closed such. The Spokesperson for EU Home Affairs Commissioner and the Council of Europe Commissioner criticized the decision of the Council of Ministers.

On the evening of November 14, 2013, refugees started a protest at Ovcha Kupel and refused to go into their rooms. At the same day the police stopped a group of nationalists on the streets of Sofia, who call themselves „voluntary patrols“. They patrolled again on the 18th of November, 2013.  The xenophobic tension is still rising in Bulgaria. In Telish, the protest against sheltering refugees in barracks continued. Some days ago, the new „Nationalist Party of Bulgaria” was founded. Members of the newly-formed party are “National Resistance“, the “Bulgarian National-Radical Party”, a local branch of the neo-nazi network “Blood and Honor”, and other groups and organizations. 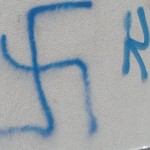 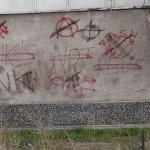 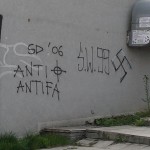 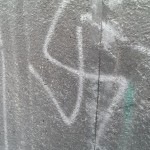 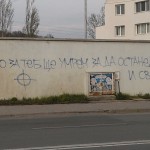 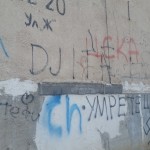