The last refugee hungers strike in Bulgaria took part less than a month ago. As of currently new strike has swept the detention center in Busmantsi, near Sofia. A few days later, refugees went  on a hunger strike in Lyubimets and Harmanli, too. The main demand of the people in the detention centers concerns the slow proceeding of their asylum application. Yet, they also criticize the conditions in the facilities, the brutality of the security and nonetheless, the fact that they are being detained. For right now, the capacity of the camps that belong to  the State Agency for Refugees and the Bulgarian Interior Ministry in Sofia has been exceeded by 714 places. A number that is expected to grow.

As the local newspaper „Marica“ reports, a few refugees destroyed tents in an uninhabited section in the closed camp in Harmanli. The tents were installed by authorities, because there was no more space in the trailers, that have been installed on October the 13th. At the moment, a number of 1100 refugees living in the camp. The people in Harmanli are not registered as refugees yet and don’t have the right of state aid. Some days ago, a Syrian refugee, that fled out of the „open“ Transit Center situated in the near of the little village of  Pastrogor was found dead. His body was discovered near the Bulgarian Border, outside the village of Ranentsi, close to Macedonia.

Because of an attack on a young woman, different right wing parties and organizations gathered in Sofia at different places to demonstrate against migrants. The nationalist party VMRO announced, that they will organize  „self-defense units“, if the authorities won’t „restore the order“ in Sofia and “clean” the city off its “illegal” inhabitants. Ever since the dramatic declaration of VMRO, racist attacks have taken place in Sofia: two of the victims are from Roma descent and one of them is a Syrian man wo was attacked around 21 p.m. on November 4th – this incident happened in front of the camp Voenna Rampa (Military Ramp). On November the 7th, a woman from Cameroon was attacked in a bus. The following incident happened on November the 10th: A man of the turkish minority was was beaten up by a group of 5 people. The next victim was a man from Mali, who was stabbed on the 11th of November, On the 12th of November an Iraqi citizen was attacked, five minutes later the same attackers beaten up a Roma person.

The road Sofia-Pleven-Ruse was blocked because of a protest against the opening of a refugee camp in Telish, which was a former military camp. As a result of the protest the further construction of the “closed type” camp was seized, the protestors built a barricade. In a football derby, that took place during the weekend, one could see xenophobic banners raised that read “refugees out,” “blood will be spilled over our lands,” and “death to the refugees.” The banners were lifted by the local Levski Sofia football fans. “ Amnesty International urged a rise in racist attacks and in xenophobic feeling. In the meantime, the number of refugees has reached 9 567, said Deputy Prime Minister and Minister of Interior Tsvetlin Yovchev. In a controversial statement, Yovchev has announced that the “war” against the “illegal immigration” in Bulgaria will be put to its full speed. 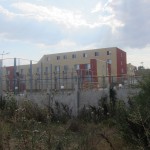 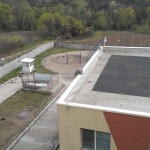 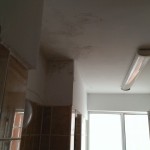 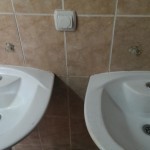 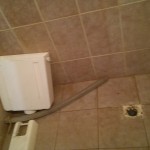 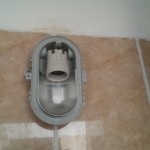