The detention centers of Lyubimets and Busmantsi are quite often overcrowded due to the gradual increase of the number of asylum applications. The total capacity of the centers is 700 places. Outside the EU-financed detention center of Lyubimets (about 4.5 Million Euro) one could read on the concrete wall that ‘the special home for accommodation of foreigners in Lyubimets’ was financed by the European Union. 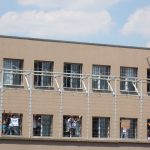 Protest in the Detention Center of Lyubimets 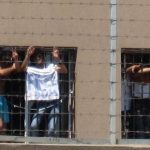 In August 2012, 25 Syrian refugees who had been held for months in the detention center in Lyubimets, went on a hunger strike to demand expeditious resolution of their cases. Among the hunger strikers were even children. Their demands were not to pay money for translators and the transport to the open Transitcenter in Pastrogor.