The Bulgarian Ministry of Interior (MoI) announced later on in their public statistics, that altogether 360 people were caught in the last week at the Bulgarian borders – 169 at the border to Turkey, 152 at the border to Serbia and 39 in the country itself. 287 migrants left the refugee camps in a week, 281 of them were with no status. After further statistics, 250 migrants where caught in total, while they tried to cross from Greece to Bulgaria, since the beginning of the year.

Already on the 13th, 14th and 15th of May 2016, Bordermonitoring Bulgaria (BMB) interviewed several refugees in Belgrade about their experiences in Bulgaria. In the following, we document some of this testimonies :

When we passed the border from Turkey to Bulgaria, we were arrested from the Bulgarian border police. We were a group of 20 people, also a family was part [of the group]. When the police arrested us, they firs checked our documents and then they took everything, like for example money. I had 200 Euro […] The Bulgarian police took 200 Euro from me and a Galaxy S4 mobile. And everything what I had in my backpack, like trousers, T-Shirts, a jacket, they emptied out. […] We were carrying only our underwear and were kicked. […]  Afterwards they set the dogs on us, but they did not bite us. We sat in front of the dogs and the dogs did not move (Jamal, 32 years, Afghanistan 1)

They [the border police] asked us from where we are coming and suddenly they hit us. Afterwards they hit us, they searched our pockets. I had 1200 Euro in my pocket stored to continue my journey later. Later they took my money and my two mobile phones. When I said, please give me at least one mobile phone back, four police men took me on the side and started to hit me (Nargis, 36 years, Pakistan).

The third group got in contact with the Bulgarian border police when they already had arrived in Sofia. The police arrested the people and brought them to a police station. There they had to stay for three days. Later they were brought to Busmantsi:

We were 22 people and wanted to pass the border from Bulgaria to Turkey. Six days we walked in the rain, we crossed mountains, rivers, mud…in the jungle. We slept during the day because of the monitoring cameras […] In Sofia we waited at a secure spot for a car, that could bring us to Serbia. But there was a police raid taking place. […] When the police entered the room, they started to beat people. Some started to run, some remained seating. They have beaten up all people with sticks and pulled and pushed them into a car (Samir, 21 years, Afghanistan). 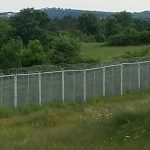 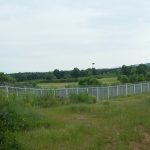 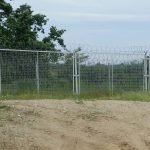 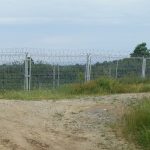 “Old fence“ at the border to Turkey 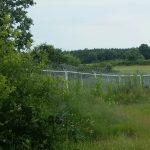 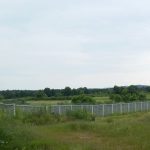 The Push-Backs are another tipping-point and assumedly a nervous reaction of the Bulgarian authorities, regarding the likely fail of the EU-Turkey deal. The fence on the Bulgarian-Turkish side is generally still not complete or ready and in addition the old fence, which has partly collapsed in 2015, is still in use. Recently, unknown people stole overnight 20 huge panels that were to be used to build parts of the new fence. The Bulgarian Social Anthropologist and Sociologist Mariya Ivancheva writes the following about the incident:

I dont think this is resistance practice against police violence or aid to refugees, rather would speculate its scrab metal recycling… but the class war that has been staged both against poor Bulgarians and to those escaping war and economic warfare in the rest of the world, brings them together in often unintended and yet very effective ways of resistance against their shared enemy and predicament…

1 All names of the interviewed people were changed in order to protect them from public authorities.