NGO calls for resignation of the Council of Ministers

In Sofia, in the three shelters Ovcha Kupel, Voenna Rampa and Vrazhdebna, there are more than 2000 refugees now. Some places are in a very bad condition, the Bulgarian Helsinki Committee (BHC) said, one could find fleas, lice and worms. There is already a health risk of hepatitis and dysentery. The Bulgarian National Television (BNT) reports, that there are already diseases spreading, like for instance tuberculosis. The mayor of Sofia said, there are deplorable conditions in the camps – as a lack of heating, vacancies, food and space – 30 people have to share one room. The interior minister claimed, that he won’t accept any more refugees in the city.

A new so called „temporary refugee shelter“ – a closed camp – opened on the 12th of October in Harmanli under protest. Media was not allowed to go in. Members of right wing organizations and partys taking again advantage of the situation in the country – some called for a crackdown on refugees. In the next days, another camp will open in the town of Momchilgrad. The Bulgarian government plans to deploy army units to assist the State Agency for Refugees (SAR). Meanwhile, the BHC demanded also the collective resignation of the the Council of Ministers, because of the conditions, the refugees have to live in. They also claimed, that refugees who protested against these conditions, where threatened that their asylum applications will be delay. The United Nations High Commissioner for Refugees (UNHCR) described the situation as „unsafe and dire“.

Since 2011 FRONTEX is training the Border Police in Bulgaria. The operations of the agency („Aspia“ and „Xenios-Zeus“) at the Greek-Turkish Border raised the number of refugees seeking asylum in Bulgaria. Because of this, the authorities in Bulgaria installed additional officers, patrol cars, service dogs and air surveillance. Recently the European Union  European Border Surveillance (EUROSUR) system was approved. It should prevent „irregular migration“, with the use of drones and satellites. EUROSUR will apply to the member states located at the Southern and Eastern external borders of Europe from the 2nd of December 2013. A few days ago, a border patrol ship arrested 23 refugees who where on their way to Bulgaria (Kaliakra) through the Black sea. 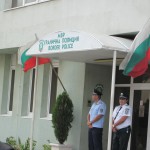 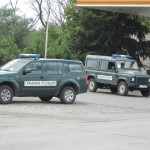