The trial against the Harmanli 21 has started

Today, the trial against the Harmanli 21 has finally started, after it was already postponed two times. Still only 10 people were present in front of the court and were brought in and out the court building via the back door. All of them are still accommodated in the detention center of Lyubimets. The local District Court of Harmanli announced that during the trial more than 60 witnesses will be questioned. The Judge Veselin Kolarov stressed out that there is an ‚increased public interest‘ in the whole trial.

The fact that no investigation was done by the authorities concerning the police violence against the asylum seekers in the camp of Harmanli was criticized by Bulgarian Human Rights Organizations. Beside that, everybody of the defendants is of Afghan origin. In front of the court a group of people protested in solidarity of the accused migrants. The next court hearing will take place on the 11th of September 2018 at 9.30h. 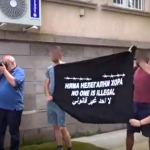 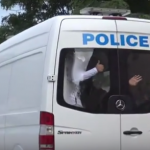